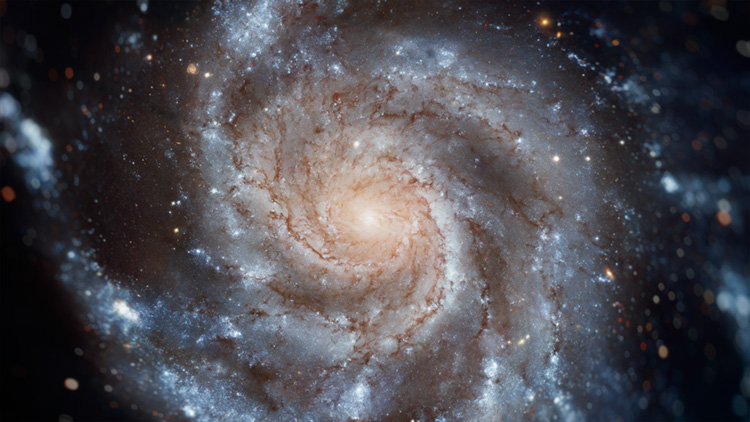 PHONE
1242 × 2208
This new Hubble image reveals the gigantic Pinwheel galaxy, one of the best known examples of "grand design spirals", and its supergiant star-forming regions in unprecedented detail. The image is the largest and most detailed photo of a spiral galaxy ever taken with Hubble.

The Pinwheel Galaxy (also known as Messier 101, M101 or NGC 5457) is a face-on spiral galaxy distanced 21 million light-years (six megaparsecs) away in the constellation Ursa Major, first discovered by Pierre Méchain on March 27, 1781, and communicated to Charles Messier who verified its position for inclusion in the Messier Catalogue as one of its final entries.