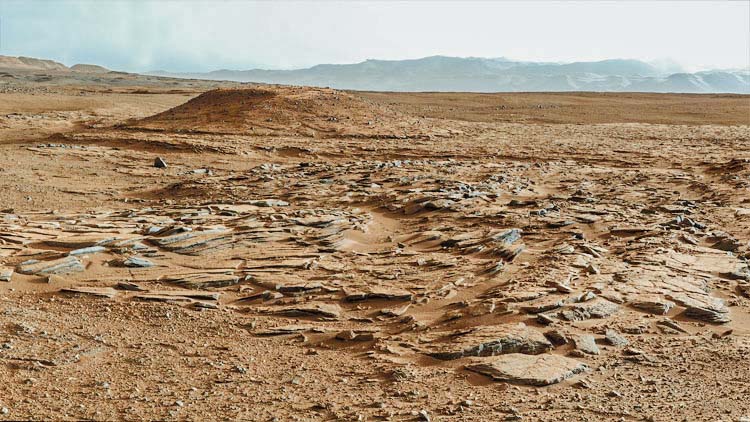 PHONE
1242 × 2208
This image from the Mast Camera (Mastcam) on NASA's Curiosity Mars rover looks to the west of the Kimberley waypoint on the rover's route to the base of Mount Sharp. The mountain lies to the left of the scene. The image shows sets of sandstone beds all inclined to the south (left) indicating progressive build-out of sediment toward Mount Sharp. These inclined beds are overlain in the background by horizontally bedded fine-grained sandstones that likely represent river deposits.

The Mastcam's left-eye camera recorded the component frames of this mosaic on April 4, 2014, during the 590th Martian day, or sol, of Curiosity's work on Mars. The color has been approximately white-balanced to resemble how the scene would appear under daytime lighting conditions on Earth. Figure 1 is a version with a superimposed scale bar of 100 centimeters (about 39 inches) in the foreground and a scale bar of 10 meters (about 33 feet) in the distance.