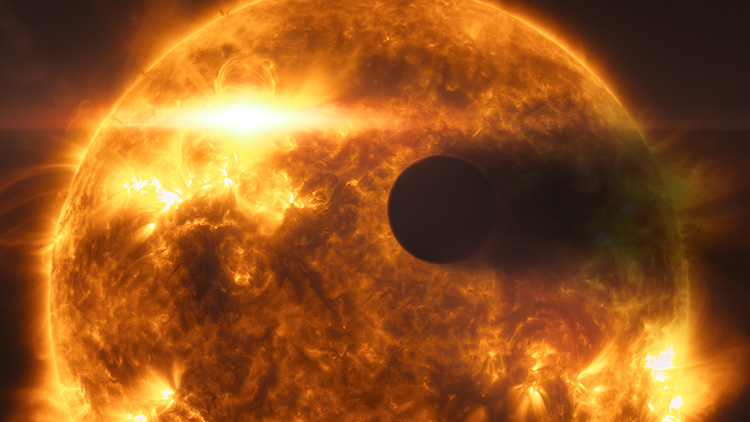 phone
1242 × 2208
This artist’s impression shows exoplanet HD 189733b, as it passes in front of its parent star, called HD 189733A. Hubble’s instruments observed the system in 2010, and in 2011 following a large flare from the star (depicted in the image). Following the flare, Hubble observed the planet’s atmosphere evaporating at a rate of over 1000 tonnes per second.

In this picture, the surface of the star, which is around 80% the mass of the Sun, is based on observations of the Sun from the Solar Dynamics Observatory.